Support for a very poor Nepalese family in Kanyara village, nearby Lower Dharamsala: 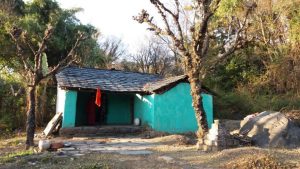 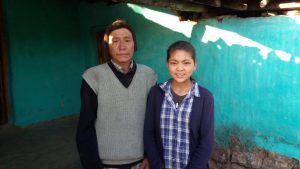 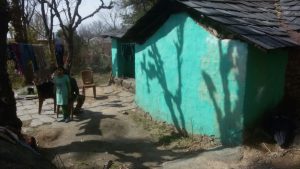 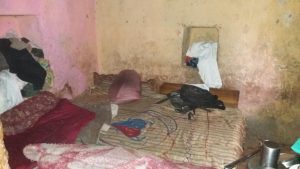 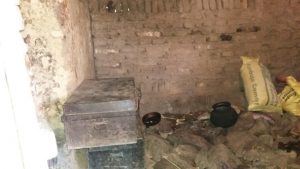 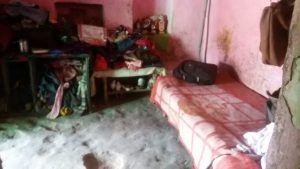 For the 2 girls we could find a sponsor, so their school education is ensured. But we would like to provide for the family also a decent home to live in.

The 15 year old girl Nikita Gurung is living with her father and her 10 year old sister Ritika in a tiny hut in Kanyara Village, close to Lower Dharamsala in Northern India.
During my last trip into this region in January 2017 a good friend from Tse Chok Ling Monastery in Dharamsala drew my attention to this extremely poor Nepalese family. I had the chance to visit them and was shaken by the hard living conditions under which the children grow up and which the father has to endure since he was born.
The mother had left the family 4 years ago and since then has been living in Manali. She doesn’t care at all for the children. The father is earning a few Rupees in slate mining but it is hardly enough for feeding the family.
The tiny hut made of stone and mud was build in 1950 and is in extrem bad and miserable state. The walls are wet and mouldy, the roof is leaking in the kitchen there is no solid ground, just big stones which are even with shoes hard to walk on. And there the people mostly go bare-fooded. There is neither a toilet nor a shower, not even a connection to water supply. There is no ceiling in the house, only a leaking slate roof which gives a little protection against wind and rain.

The 46 year old father of the girls has been born in this house, the grandfather has been burried infront of the house. We could find a kind sponsor for the two girls and thanks to this support their school education is ensured. But we also want to help the family to provide a place that fits to human habitation.
That is why we want to renovate the house. In the kitchen a solid flat ground is planned, the walls will be cleaned and painted and the roof will be repaired. A power supply line needs to be set up and we want to provide a connection to the water supply of the village and build a toilet and shower.

We heard about the situation of this family from  Thupten, a friend and former monk of  Tse Chok Ling monastery, who was running many aid projects for the monastery and poor people in the region. He knows the family personally, visits them and will take care that the donations will be used for the different relevant needs.

In May 2017 we could transfer the first donations at the amount of 1.760 Euro for this building project and so on May 19th they could start to demolish the old house. 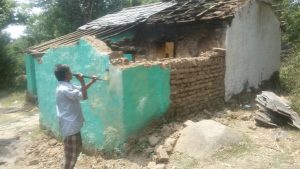 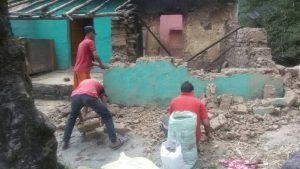 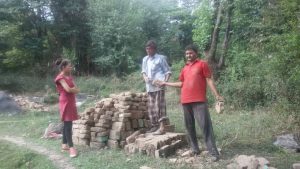 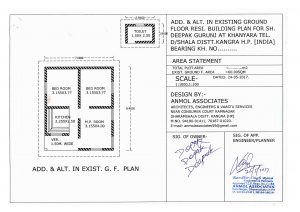 Until mid June the outer walls have been raised and part of the roof material has been delivered to the building site. 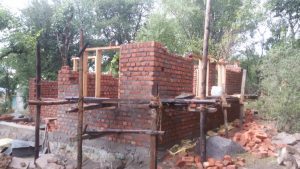 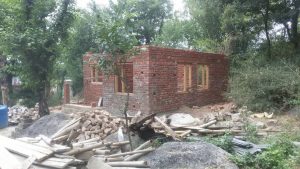 In July the roof has been finished and as soon as the supporting pillars can be removed, the worker will start with the inner construction part. 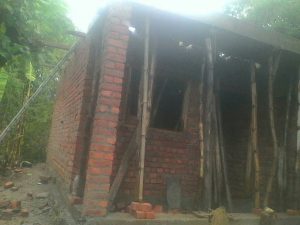 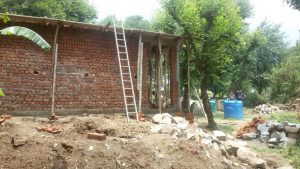 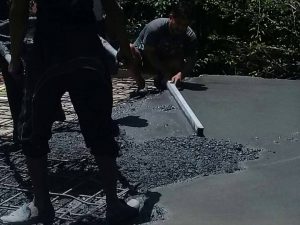 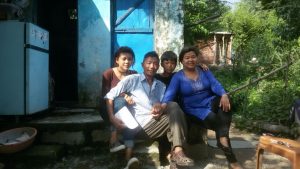 There are another 4.200 Euro needed for completing the construction. You can donate directly onto our bank account and as well online on our „Betterplace-Project“:

copy this link www.betterplace.org/p52295 or click on the project button on the right side of this page.

Please support our project with a donation of any amount and help us make the life of this poor family a little bit better.